Anatomy of a Crisis: Why the China-India Border Standoff Is Cause for Concern 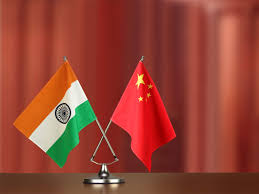 By Stuti Bhatnagar Zahid Shahab Ahmed
In June 2020, reports of a serious military clash involving India and China, one that led to the death of at least twenty Indian soldiers came as a shock to the international community. While journalists raised concerns over incursions from the Chinese side into the unmarked border in the Ladakh region of Jammu and Kashmir (the Line of Actual Control, or LAC), New Delhi and Beijing engaged in efforts to de-escalate the tensions. The incident acquired a more sinister tone as it was the most significant and overt India-China conflict since 1962. A lack of clarity on operational realities from the ground gave further fuel to a discourse driven by nationalism in both nations, amidst a global pandemic and new regional economic realities. The recent clashes, however, need to be considered from a regional as well as a global perspective, with significant dynamics also driven by India and China’s respective political situations.
The recent escalation has brought with it various levels of enquiry regarding power asymmetries between India and China, the continuing relevance of historical border conflicts as well as the lack of attention to China policy in an Indian foreign policy discourse that has remained predominantly Pakistan-centric. This despite the shock of the 1962 war with China, which came as a surprise to an India that was driven by an emphasis on the spirit of Prime Minister Jawaharlal Nehru’s Panchsheel, doctrine made famous for its much-applauded slogan, Hindi Chini Bhai Bhai (Indians and Chinese are brothers).
There has been however a gradual recognition of the looming Chinese threat in India. It was also one of the driving forces for India’s decision to develop and test nuclear weapons, even though the stated connection with Pakistan became a preferred media story. India has been heavily invested in building its military capabilities over the years with reports ranking India at the number two position for weapon imports at 9.2 percent of the world’s total between 2015 and 2019.
Until the border incident in June 2020, the India-China conflict has remained subtle if not dormant. The first Sino-Indian War of 1962 was triggered by a series of events including border skirmishes and Indian support to the Tibetan cause and political refuge to the Dalai Lama, issues that continue to remain relevant, much to Chinese displeasure. There has been however an attempt at positive engagement. The two sides met during 1993 and 1996 and reached the two Sino-Indian Peace and Tranquillity Accords. Key features of these agreements include soldiers not allowed to carry weapons along the LAC and joint military exercises.
Despite India and China’s partnership in the BRICS and other regional forums representing the interests of the global South, economic and geopolitical competition between the two powers has also been on the rise. China’s ambitious Belt and Road Initiative (BRI) and its continued expansion into South Asia has troubled India that has traditionally considered South Asia as its own sphere of influence. India views China’s ports in the Indian Ocean through the string of pearls lens harming its strategic interests and security. There are already visible signs of Sino-Indian competition for influence in smaller South Asian countries including Bangladesh, Nepal, Maldives, and Sri Lanka.
To counter China’s growing influence, India has joined the United States, Australia, and Japan through a strategic partnership under the Quadrilateral Security Dialogue (Quad). India’s recent engagement with the United States as well as global ‘anger’ towards China’s role in the coronavirus pandemic has also influenced recent tensions. China and India were also involved in a confrontation in Doklam in 2017 but the dispute did not escalate. Domestically, however, both nationalist governments claimed credit and victory. For China, engaging India aggressively is also an aspect of President Xi Jinping’s domestic power play. The Indian government, under the nationalist Prime Minister Narendra Modi, is also significantly driven by a muscular foreign and domestic policy. The revocation of the controversial Article 370 on Jammu and Kashmir and the creation of an independent union territory of Ladakh (that neighbor’s China) has also been argued to have triggered China’s reaction and the use of aggressive military tactics. In a disturbing development, Indian soldiers were killed by using nail-studded rods in the confrontation in June 2020.
Despite a slow starting reaction, driven by Modi’s overtures towards China and a possible intelligence failure, India has now stepped up diplomatic, political and military pressure on China. Aiming to hurt China’s economic might, the Indian state has banned several Chinese apps. Diplomatic and political pressure on China through the US and the Quad nations has also increased in the past few months. Even though Chinese and Indian negotiators work on an agreement on the border clashes, there are reports that the Indian army launched a counter operation against attempts by China’s People’s Liberation Army to cross into the Indian side of the LAC, south of the Pangong Tso lake in Ladakh and to occupy a mountain called Helmet Top. Amidst rising mistrust and pressure on the Indian government to retaliate, there are chances of further escalation of tensions along the fraught border regions.
Considering the broader context of Sino-Indian relations, it is highly likely that the tensions will grow amidst regional and global realignments. India is increasingly troubled not just by China’s increasing influence in its neighborhood but also by its deteriorating relations with some of its erstwhile regional partners, such as Bangladesh and Nepal. By virtue of the continued economic growth, China has gradually also entered the era of “Wolf Warrior” diplomacy to exert its influence and the BRI is part and parcel of this approach. As India continues to oppose the BRI and China’s rise through its alliances, the conflict with China is likely to increase further.
Dr. Stuti Bhatnagar is an adjunct fellow associated with the School of Social Sciences at the University of Adelaide and the University of New South Wales, Australia.
Dr. Zahid Shahab Ahmed is a Research Fellow at the Alfred Deakin Institute for Citizenship and Globalization, Deakin University, Australia.
Source: nationalinterest