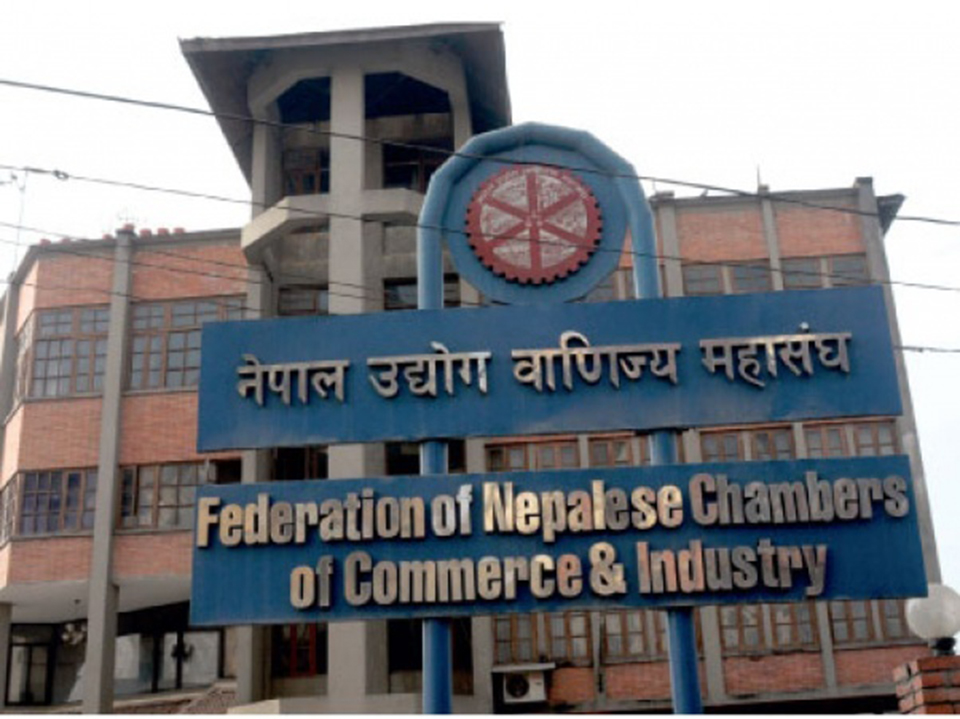 Kathmandu, Nepal, November 2, 2020: Election fever has gripped the Federation of Nepalese Chambers of Commerce and Industry (FNCCI), a leading representative umbrella organization of Nepalese industrialists and entrepreneurs.
As Kishore Kumar Pradhan, the current vice president of the FNCCI filed his candidacy for the post of senior vice president on Monday; candidates divided into respective camps have intensified their election campaign to be elected for two year long term.
As the senior vice president automatically takes over as the next president, the upcoming 54th Annual General Meeting (AGM) and election is also considered as an election for the upcoming leadership of the FNCCI.
As Chandra Raj Dhakal has already filed his candidacy for the post of senior vice-president, Pradhan has to challenge Dhakal to lead the FNCCI in the future by electing now as the vice-president.
As Shekhar Golchha is the current senior vice president of the FNCCI, he will automatically replace the current President Bhawani Rana from the upcoming AGM and election, which is scheduled from November 26 to November 28 in Kathmandu.
The candidates have divided into two camps-one led by Pradhan and another led by Dhakal as both the candidates for the post of senior vice-president have already announced their own panels for the remaining posts of the executive committee.
As of now, Anjan Shrestha, Dinesh Shrestha and Saurabh Jyoti will contest for the post of vice president (commodity), vice president (district/municipality) and vice president (associate) respectively from the Pradhan led panel while Gun Nidhi Tiwari, Umesh Lal Shrestha and Ram Chandra Sanghai will challenge them from the Dhakal-led panel.