It's a boy: British PM Johnson and fiancee 'thrilled' by birth of a son 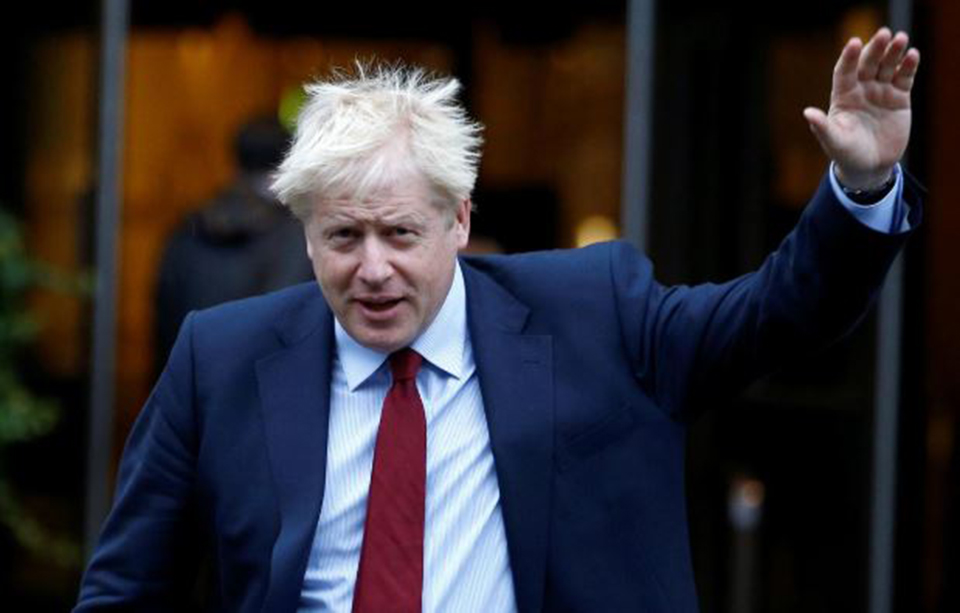 Both mother and child are doing well, a spokeswoman said. Symonds had been expected to give birth in the early summer.
“The Prime Minister and Ms Symonds are thrilled to announce the birth of a healthy baby boy at a London hospital earlier this morning,” a spokeswoman said. “Both mother and baby are doing very well.
“The PM and Ms Symonds would like to thank the fantastic NHS maternity team.”
Johnson returned to work on Monday, a month after testing positive for COVID-19 which he said had threatened his life. Symonds also had symptoms of the virus but recovered swiftly.
“Great to hear Downing Street is getting a new resident,” said Johnson’s finance minister, Rishi Sunak.
Opposition Labour Party leader Keir Starmer said: “Wonderful news. Many congratulations to Boris Johnson and Carrie Symonds.”
The couple, who have been living together in Downing Street since Johnson became prime minister in July, announced in February that they were expecting their first child.
Johnson, who refuses to say how many children he has in total, was previously married to Marina Wheeler, and they had four children together. They announced in September 2018 that they had separated and they divorced earlier this year.
Few British leaders have had babies while in office, although other recent occupants have seen their families expand while at Downing Street. David Cameron’s wife, Samantha, gave birth to their daughter, Florence, in 2010 and Tony Blair’s wife Cherie gave birth to their son, Leo, in 2006.
Before that, Frances, the wife of John Russell, a 19th Century Whig and Liberal politician, gave birth to two children in 1848 and 1849 while he was in office.